Medical Professionals’ Guide to Kratom Use

The plant known as Kratom is indigenous to Southeast Asia, where it has long been used as both a mild stimulant and a remedy for several illnesses. As its popularity rises across the western borders, questions and concerns are being raised.

Despite its use and familiarity in Southeast Asia, clinical trials and research are still ongoing. Though, studies done for Kratom by medical professionals do exist.

That said, we’ll delve into a kratom user’s guide made with info according to our trusty friend, science!

A Bit About Kratom

Using Kratom has long been standard practice in Southeast Asia, particularly in nations like Thailand, Malaysia, and Myanmar. Kratom is also called ketum, Thom, biak-biak, or ithang depending on the region.

Commercial kratom formulations have increased in areas distant from their native origins in recent years. Kratom is frequently used as a herbal supplement drug, especially in the West, where it is also viewed as a safe and legal high.

Kratom is typically taken orally. In the U.S., it is accessible as dried raw leaves, pills, capsules, and distilled extracts. It is more prevalent in the West for its analgesic properties.

To make tea, the leaves are steamed or steamed and then discarded. Southeast Asian workers relied on fresh Kratom leaves to boost their productivity and alleviate their exhaustion from heavy physical labor.

In addition to being an energy and mood booster, it is also used to treat various illnesses, such as diabetes, fever, diarrhea, pain, and as a poultice for wounds.

It continues to be used as a replacement for opium and

lessen withdrawal symptoms from opioids in both Asian and Western countries.

Mitragynine and 7-hydroxy mitragynine are two of the essential alkaloids in Kratom. They are primarily responsible for the plant’s unique psychoactive effects.

Kratom’s effects typically persist for 5 to 6 hours. On an empty stomach, benefits usually start to be felt in 30 to 40 minutes. A kratom guide to the effects is found below.

Kratom’s involvement in improving, maintaining, or making it possible to satisfy job demands has been continuously demonstrated in clinical, scientific, and anthropological reports published from 1930 to 2017.

At low doses, the stimulant impact is said to boost mood, while at more significant amounts, relaxation comes into effect, which is used to relieve anxiety.

In addition to its potential anxiety-relieving properties, Kratom may also have sociability-enhancing properties.

According to research, Kratom is used in self-medication for harm reduction and opioid withdrawals.

Using Kratom as an opioid substitute may enhance social, familial, and professional outcomes and behavior. Regular kratom users frequently drink this herbal supplement as a beverage with other people, fostering social interaction.

Compared to Kratom, which is more favorable to the short euphoria acquired through long-term daily opioid use can result in self-isolation.

With daily and extensive usage of Kratom, tolerance, dependency, and withdrawal have all been observed. 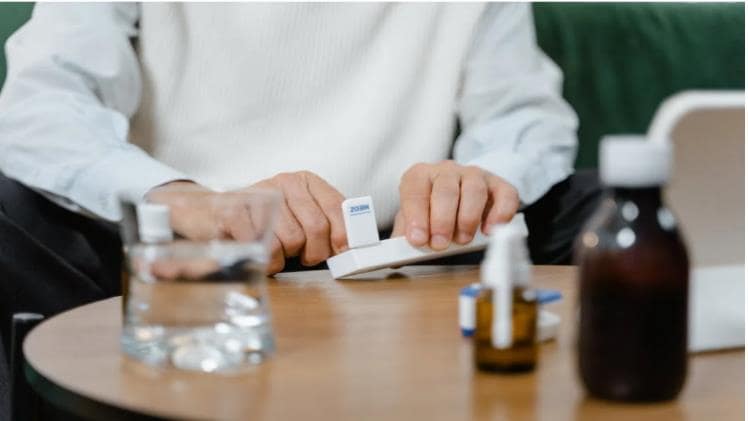 Depending on the Kratom’s form, the doses vary greatly. The recommended dose for powders is 3-5 g, while 1-2 drops may be sufficient for concentrated liquid extracts. Take 4-6 capsules and build from there as a kratom capsules dosage guide.

The manufacturer may also mention recommendations on the product’s dosage because some forms of kratom products and strains are more potent than others.

It is highly suggested that the potential user take only the minimum amount for Kratom to affect the product directly. It is also recommended to switch between products now and then. This is to delay tolerance to the Kratom.

The dosages are defined as the following:

More than 2 grams of the drug is required for a microdose.

Only 2 to 6 grams a day is acceptable.

More than 6 grams is considered a large dosage.

Anything above 8 grams is considered a heavy dosage.

Take a low dose of Kratom if you are more sensitive or desire its energy-enhancing effects. People who need pain relief should typically take a high amount. Limit your dosage and avoid carrying heavy doses.

Kratom is still freely accessible in stores and online vendors in the USA, except in six states.

Possession of Kratom is illegal in Indiana, Vermont, Arkansas, Wisconsin, Alabama, and Rhode Island, according to their laws.

Except for Poland, Ireland, and Romania, as well as the majority of the Nordic and Baltic states, the selling of Kratom is allowed across Europe.

In Thailand, The Narcotic Drugs Act of 2019 permits Kratom’s medical usage, although recreational use is still prohibited (NDA, 2019).

Advocacy organizations, like the American Kratom Association and the Botanical Educational Alliance, made coordinated efforts to stress their view on Kratom’s safety.

Advocates said that Kratom is less dangerous than prescription opioids and that other substances being used alongside Kratom are the reason for deaths linked to Kratom, A relatively low number compared to opiates.

Excessive amounts of mitragynine, not easily ingested by humans, may also be necessary to elicit severe and long-lasting withdrawal symptoms from those brought on by typical opioids, according to animal research.

In conclusion, Kratom is a plant with many studied benefits and effects. It can be found in dried raw leaves, pills, capsules, and distilled extracts. It can also be drunk as tea or chewed.

It is used to treat various illnesses but is prominently used as an opioid replacement, pain reliever, energy, mood, and mental health booster. Kratom’s effects last 5 to 6 hours and take 30 to 40 minutes after ingestion.

Dosage varies depending on the form, strain, potency, and manufacturer’s recommendation of the Kratom. Refrain from taking heavy doses.

Kratom is a legal drug in several nations, including the U.S. It’s also a lot less dangerous than prescription painkillers, which is a massive plus for this drug.

Visit Oasis Kratom to find out more and explore!

Denbeighhttps://kamagrabax.com
Previous articleUpload Your Video in Seconds on Streamable
Next articleGoogle Ad Grants: What Not-For-Profits Could Be Missing Out On

Many businesses are continuously looking for ways to trim their production costs. And the best way to achieve this is to make their pumps...

All you need to know about laser hair removal

Removing unwanted hair from your body can be tiring, especially when using traditional painful methods. There are plenty of ways that you can use...

The Benefits and Advantages of Made to Measure Doors

Top Factors to Consider When Choosing a Payroll Service Provider